Part of the Rock Lake Resort near downtown Fort Myers is set to be demolished at the end of the month, and someone has made the trip to say a final goodbye to a city staple for more than 80 years.

Michael George is the grandson of James Moore, the original owner of Rock Lake Resort.

For some, the Rock Lake Resort is just a landmark they pass through on their way to downtown Fort Myers, but for George and his sister, it’s their family heirloom.

“So in the 1940s, my grandfather came back from World War II, and he wanted a place to raise some sort of family but also be his business. The lake that you see behind us, he dredged it himself and used all the limestone to build the cabins,” George said. “We spent all our time here, and my grandfather loved the wildlife. And he actually had a flock of about 200 ducks on the property that would follow him around. And there was an eight-foot alligator living in the lake at that time. So it was kind of like growing up in a nature preserve in some ways.

George’s family sold the place to a trusted buyer in the 90s, but it still holds a special place in their hearts. 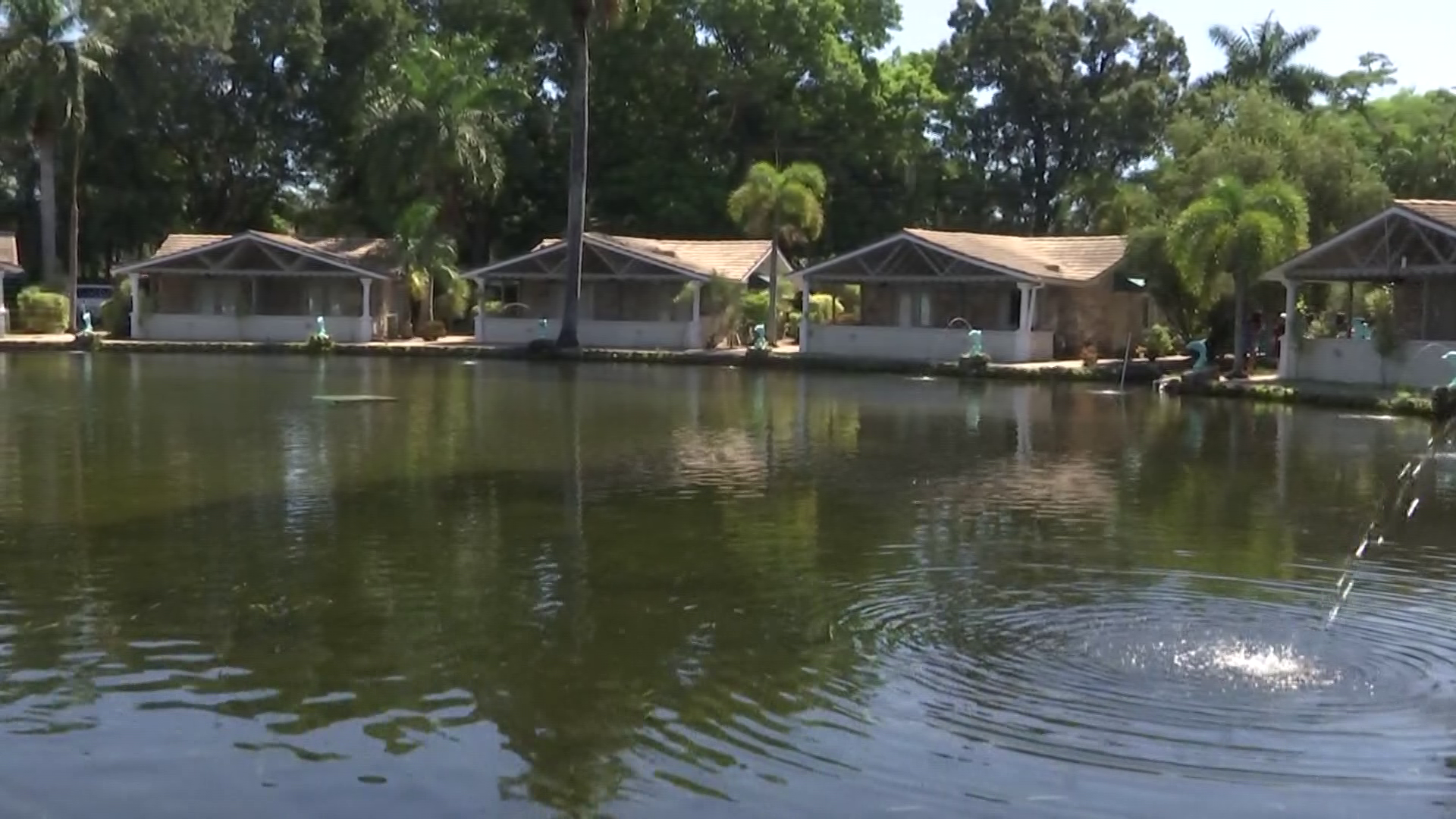 When they learned that a new buyer intended to demolish the chalets, they descended as quickly as they could to say a final goodbye to the place that holds so many memories.

“It felt like the last connection we had with our family in a lot of ways, and so knowing that’s going away, it kind of feels like this chapter is coming to an end,” George said. “There’s a guy who’s been coming here every week for 25 years. Like there are just so many people who fell in love with it and would come back and come back again and again. And they like us are so sad that it’s going away because it really feels like a hidden gem.

George and his sister say they don’t know who bought the resort or what they plan to do with it. Goerge said he hopes whatever they do preserves a piece of his family’s history.